Why in the world would a pest control company be worried about the population of an insect that we are sometimes called upon to eradicate? Especially in Las Vegas, where there are particularly aggressive strains of bees in the area. These creatures will next in the most inconvenient places, like the eaves of your home, and pose a danger to you, your family, and your pets.

However, bees play an important part in our earth’s ecosystem. Without them, many of the foods we eat today wouldn’t be pollinated and grow to eventually feed us. So, while we want to eliminate the bee population nesting on or in your home or in the tree where your dogs play, we certainly recognize their importance in the global ecosystem.

Let’s look more closely at these fierce little insects that, while causing a painful sting, we simply cannot live without.

Life without bees would probably mean no grapes, which means no wine. They pollinate almonds and avocados, too, along with pears and other fruits and vegetables. Would you miss honey? We would. CNN reports that this is a future that may become reality soon if we don’t do something; about one-third of all of our food is pollinated by bees.

These troubling trends have weakened bees and made them vulnerable to disease. Because of the population decline, bees are currently being trucked between farms, then set loose to pollinate.

What’s Next for the Bee Population?

They say the cause of this massive death spiral is global climate change, habitat threat, and pesticide use on our flowers and crops. You wouldn’t imagine that such a tiny insect could have such a profound effect; CNN reports that in Europe, 84% of 264 of all their crop species are pollinated by animals and 4,000 varieties of vegetables have been made possible by bee pollination. A U.K. article shows bees contribute more than $805 million to that country’s economy. In the U.S., bees contribute more than $14 billion to the production of U.S. agricultural products.

Losing these creatures would have an insurmountable toll on human life. At Preventive Pest we believe we can strike a balance between human needs and the wildlife population. That’s why we’re careful to use only approved pesticides in very controlled applications within the home or business environment. That way both your family and the environment are not harmed.

While bees can be a danger to your family and the pets you share your home with, it’s also important to realize their true value in the ecosystem that we are a part of. 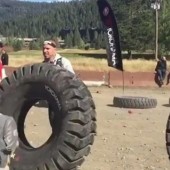